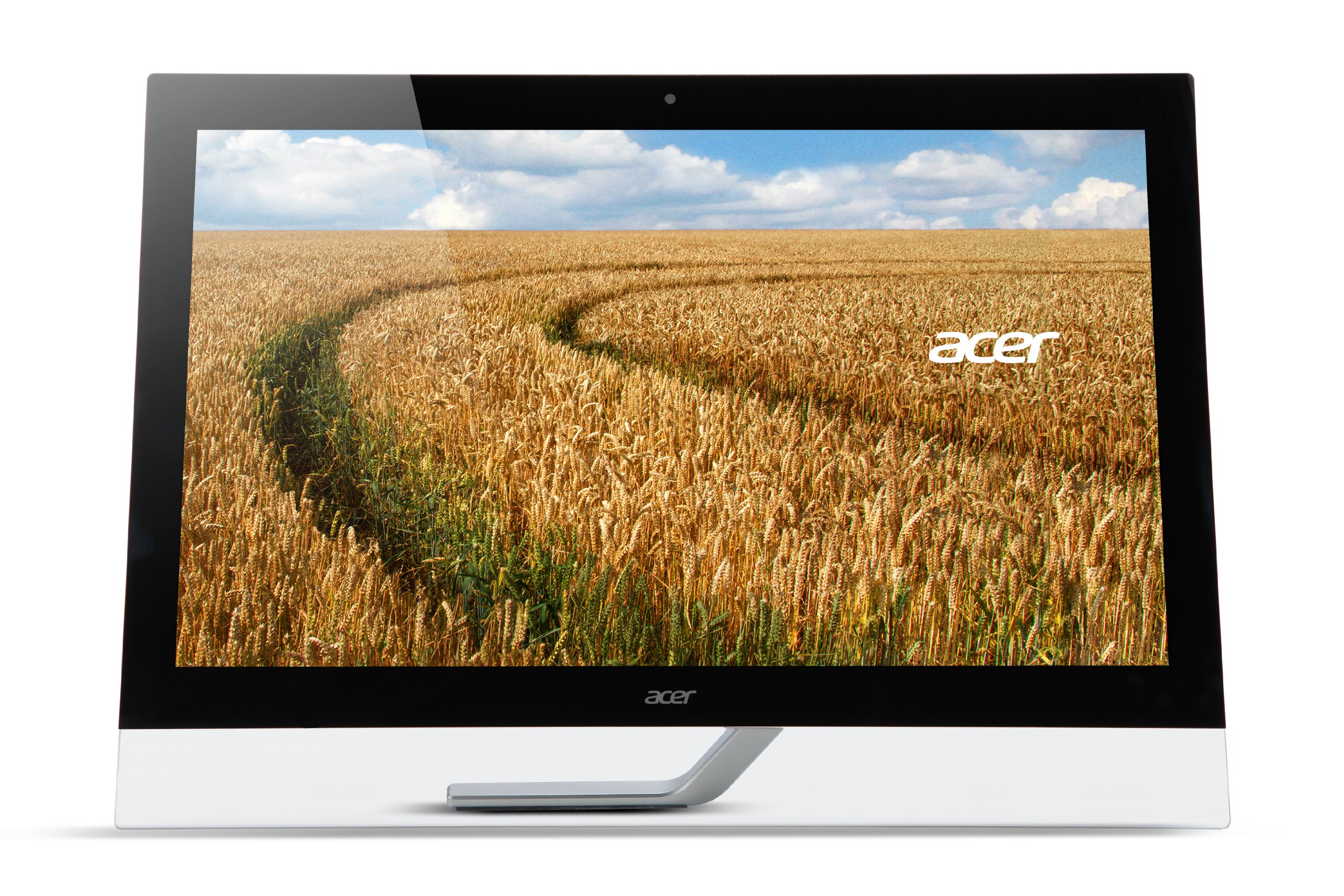 Science fiction has always served as a window into a potential future, namely in the way of technology. But what was once regulated to episodes of Star Trek is quickly becoming the stuff of reality. Many fixtures of these kinds of shows and books have begun to inspire real-life counterparts, including - but not limited to - touchscreen technology.

One only has to look at how far cell phones have come since their inception. Physical keyboards, like those from BlackBerry, gave people about as much of a solution as is possible for those who found themselves doing more on the devices as they became more advanced. Where tactile options came up short, touchscreens graciously stepped up to bat, providing a much fuller experience. This kind of functionality then spread to tablets, which are considered by many to be rivals of laptops and even standard PCs.

While there are still some things that are best done on a desktop computer, that does not change the fact that many users find themselves longing for the same abilities on their PCs afforded by many of their mobile devices. This is what helped breed the touchscreen monitor market, which has many viable options for people seeking the best of both worlds. With stronger computing power and a finer ability to control actions occurring in the screen, users can get more work done in new and exciting ways.

Traditionally, computer mice are what have allowed us to "touch" in a virtual context, but touchscreen monitors are changing all that. It might be said that the reason that mice were used in the first place was because the technology had not evolved to a responsive enough level to enable that natural solution. Now that people have the touchscreen technology, they want it everywhere.

If one thing is for certain, it is that the burgeoning adoption of touchscreen technology is no fad. Proliferation has already come too far to turn back now, and computer manufacturers are taking notice. Everyone is trying to get a piece of the action, including ELO Touch Solutions, Laiputuo Electronics, Planar, HP, 3M, Touch Systems, ViewSonic, Dell and ACER as well. Getting into the touchscreen monitor game is a no-brainer for the companies involved in this generation of computing. With so many different applications made for touchscreen monitors, options exist for all sorts of interested parties. 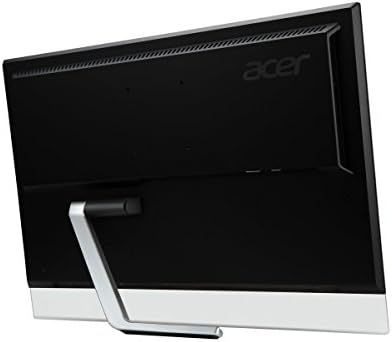 Our industrial display touch screen monitors can help your factory personnel and workshops handle complex industrial tasks on intuitive factory grade touch screens. Our wide range of rugged LCD displays with multi-touch and various touch technologies such as resisitive, SAW, optical imaging, projected capacitive and infrared are tough and suitable for virtually any industrial applications. We can help you choose the best touch screen technology and solution that fits best with your needs, and close the gap between your vision and implementation of the digital factory.

Viewsonic"s Touch Screen Solutions helped us simplify the hassle of operating complex machinery in our factory. It really helped us improve our factory line operations and reduced labor input.” 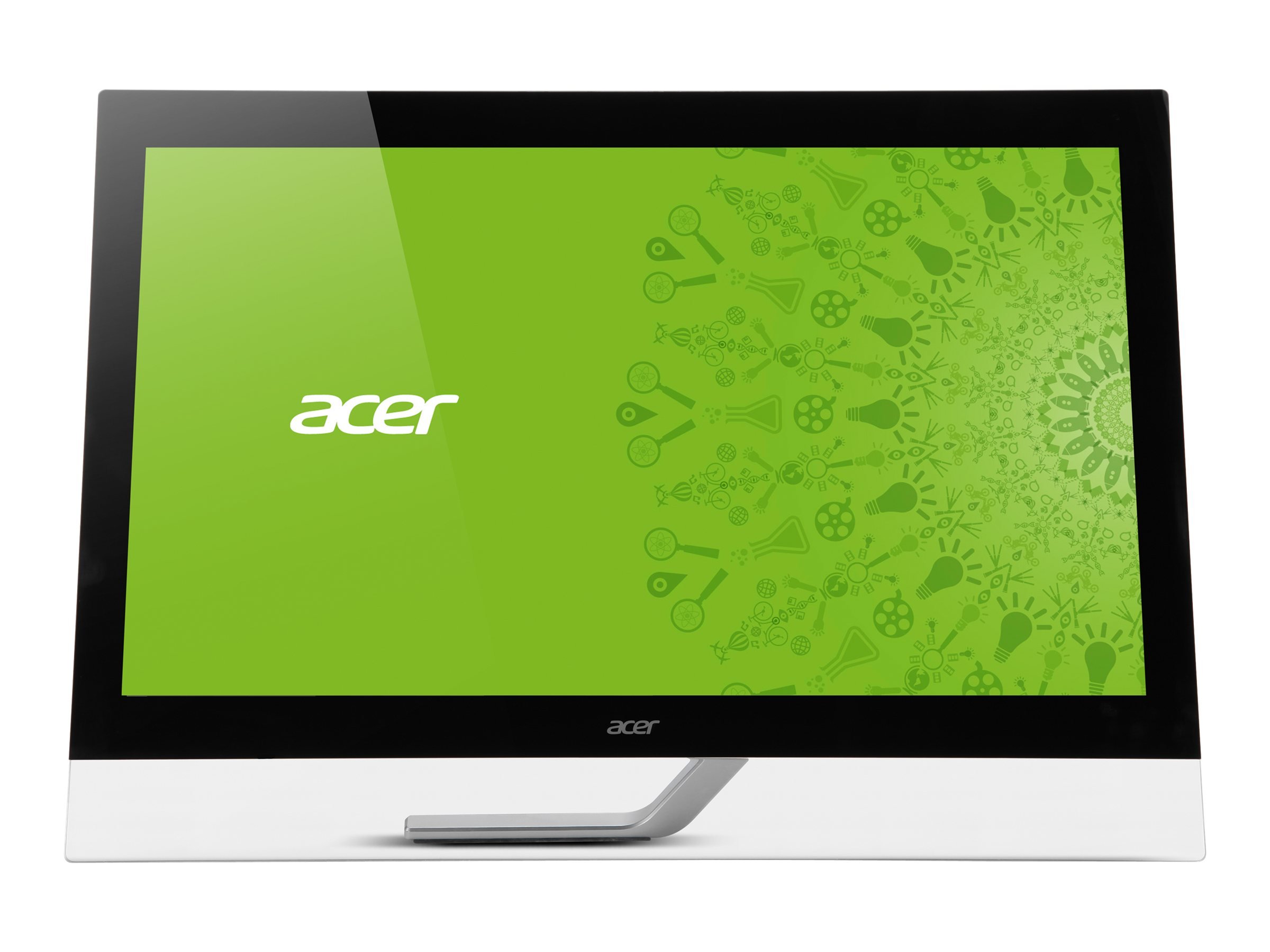 As with shopping for a conventional monitor, some core considerations include: resolution, price, size, and panel type. The resolution of a monitor will determine the how much detail it is able to display, and you should aim for a 1920 × 1080 monitor if your budget allows. You should also consider what type of panel technology a touch screen monitor uses, as it can affect color accuracy, response time, and viewing angles.

The most common panel technologies for touchscreen monitors are: twisted nematic (TN), vertical alignment (VA), and in-plane-switching (IPS). Twisted nematic (TN) is the most common LCD monitor panel technology due to its low cost but has narrower viewing angles and less color accuracy than other panel technologies. VA and IPS panels offer superior viewing angles and color accuracy, but are more expensive. If you expect that the touch screen monitor will be used by a single user looking at it straight on, then a TN panel will be just fine. However, if it is going to be constantly viewed from the sides then you will need to look for a VA or IPS display.

When shopping for a non-touchscreen monitor, the importance of the stand is often downplayed and the focus is more on the display. For touch screen monitors though, the stand plays a central role. Because users will be touching the monitor with varying amounts of force, the stand will need to be sturdy enough to hold the monitor in place. Also, it needs to offer a large amount of adjustability for customizable ergonomics. 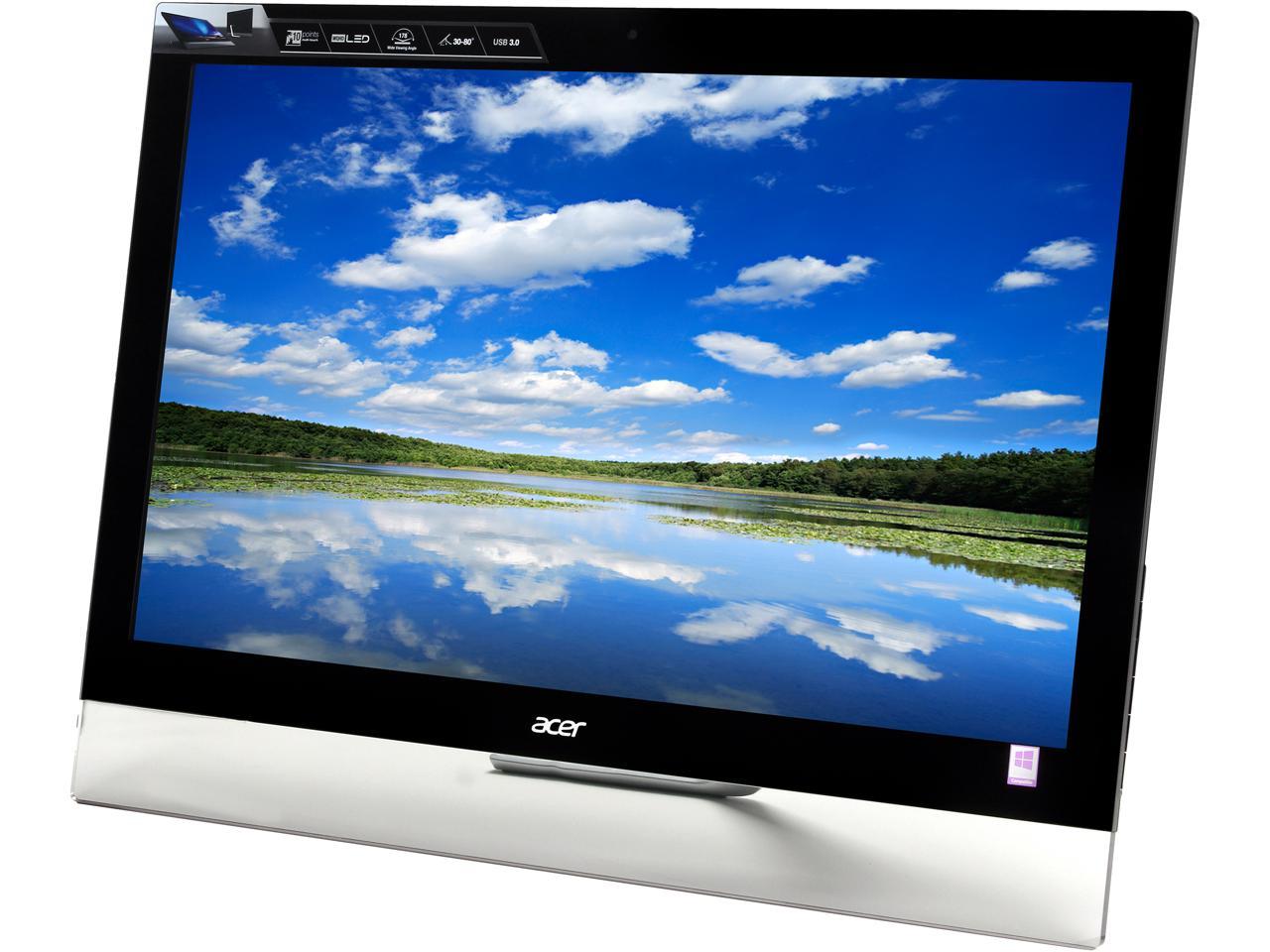 * Rewards 3% back excludes taxes and shipping. Rewards are issued to your online Dell Rewards Account (available via your Dell.com My Account) typically within 30 business days after your order’s ship date. Rewards expire in 90 days (except where prohibited by law). “Current rewards balance” amount may not reflect the most recent transactions. Check Dell.com My Account for your most up-to-date reward balance. Total rewards earned may not exceed $2,000 within a 3-month period. Outlet purchases do not qualify for rewards. Expedited Delivery not available on certain TVs, monitors, batteries and adapters, and is available in Continental (except Alaska) U.S. only. Other exceptions apply. Not valid for resellers and/or online auctions. Offers and rewards subject to change without notice, not combinable with all other offers. See Dell.com/rewardsfaq. $50 in bonus rewards for Dell Rewards Members who open a new Dell Preferred Account (DPA), or Dell Business Credit (DBC) account on or after 8/10/2022. $50 bonus rewards typically issued within 30 business days after DPA or DBC open date.

*Expedited Delivery: * Expedited Delivery not available on certain TVs, monitors, batteries and adapters, and is available in Continental (except Alaska) U.S. only. Other exceptions apply. Not valid for resellers and/or online auctions. Offers subject to change, not combinable with all other offers. See Dell.com/rewardsfaq. 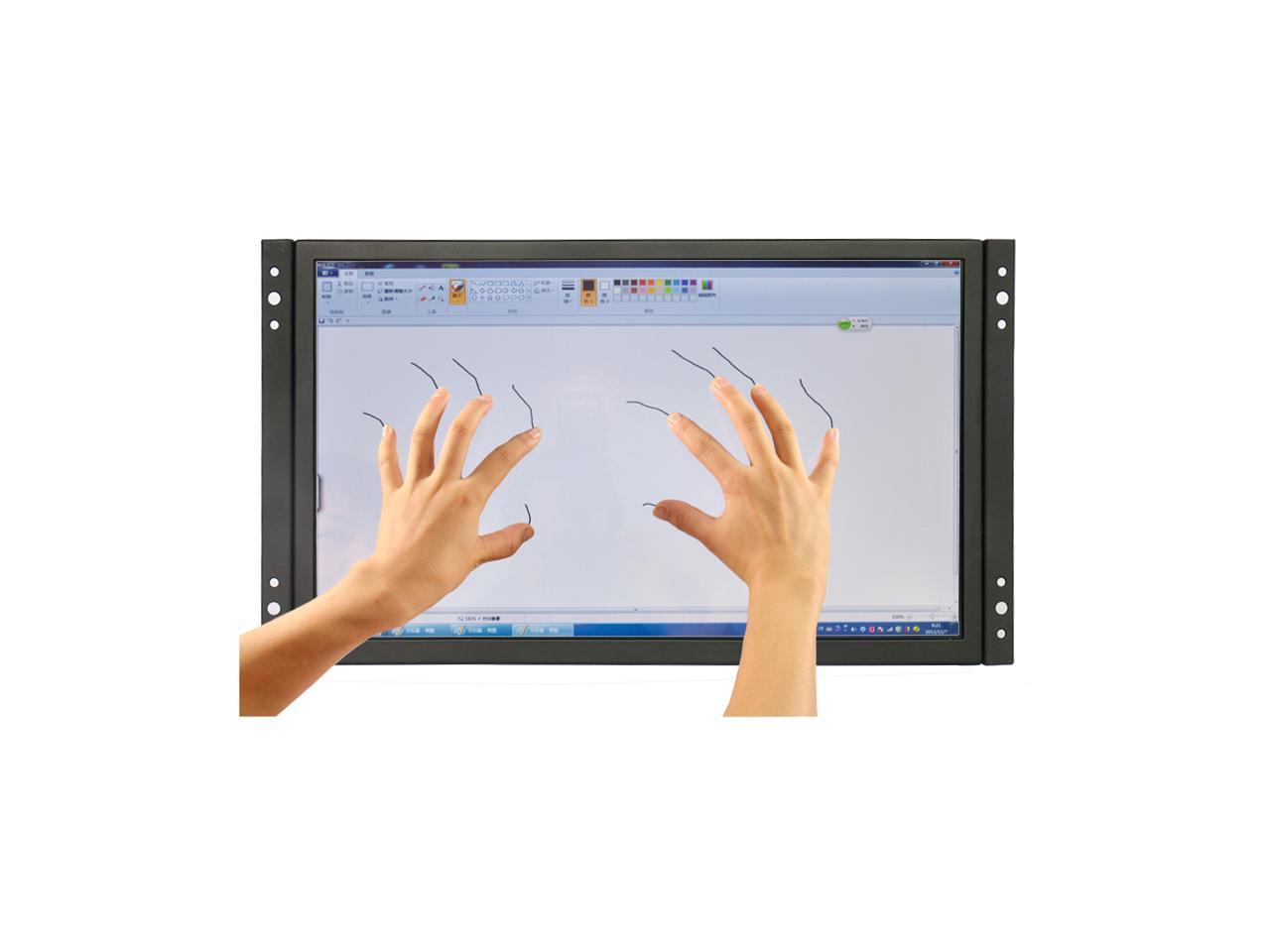 ASUS touchscreen monitors combine 10-point multitouch capability with superb image quality, flexible connectivity, and great ergonomics. The precise and accurate multitouch screen allows up to 10 simultaneous touches and is optimized for use with Windows 10, allowing users to work smarter and more efficiently. 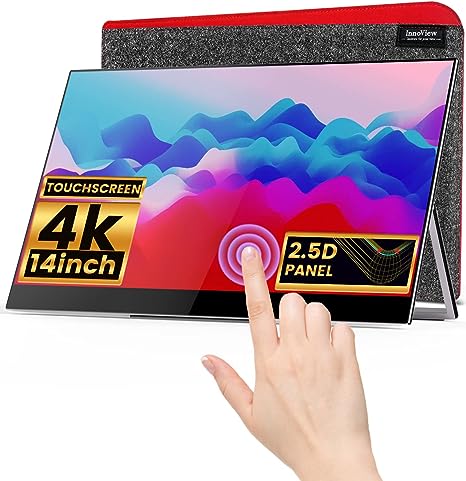 Touch screen monitors add an entirely different dynamic to your computer usage. Most of us are fairly adept with a mouse and keyboard, but screens with touch capability add a different dimension and new functionality beyond the typical input devices. Today’s touchscreen monitors deliver a type of tactile control that has been honed for technological generations. They allow users to scroll with a finger swipe, resize with a pinch, and sign your signature with a pen. They often deliver high resolution, precise color gamuts, and impressive refresh rates, all while supplying a simple intuitive interface. Whether you’re a photographer looking for great computer screens to help you with photo editing and collage, a business professional who’s looking for large computer monitors for presentations, or simply a touch oriented person who wants a new way to play, read on for the best touchscreen monitors of 2022.

Before you dive into the touch screen market, there are some features and terms you should understand. Doing so ensures that you find the right touchscreen monitor that’s right for your needs.

There are three main groups of LCD screen type used in touch screen monitors. IPS monitors (in plane switching) have great color reproduction and clarity at all viewing angles, they use LCD crystals positioned horizontally to the viewing plane. TN or twisted nematic monitors on the other hand, are less consistent across the whole screen surface, but are cheaper to produce and refresh faster. TN monitors are only really a thing to seek out if you’re looking for an affordable high-speed gaming monitor, or a monitor for a POS or business setting. VA, or vertical alignment monitors, use a technology that’s more often used in television, which involves LCD crystals that are perpendicular to the viewing plane, rather than parallel — as is found in IPS. Vertical alignment monitors are a decent choice in a touch screen monitor, even if IPS is generally the gold standard.

For the purpose of this list we highlighted premium capacitive touch monitors with ten finger touch. This is the same type of touch response used in a smartphone, and doesn’t require you to apply pressure to the screen. The other type of touch technology, called resistive touch, is used in screens aimed at the public, such as ATM machines, but doesn’t allow multiple points of touch.

IPS panels are capable of quite impressive color displays with wide gamuts and good sensitivity, and touch screen monitors should be no different. Monitors designed for photographers and designers will generally cover a wide color gamut that covers most or all of the standard web color space, titled sRGB, and deliver some coverage of other color spaces, including AdobeRGB, and DCI-P3.

Gone are the days where 1080p HD ruled the space. However, touchscreens generally prioritize other technologies